Motor Offence: Drunk or Unfit Whilst in Charge of a Motor Vehicle

Drunk or Unfit Whilst in Charge of a Motor Vehicle

Historically, Section 4 of the Road Traffic Act 1988 was used to prosecute motorists who were driving whilst affected by drugs under the charge of “driving whilst unfit through drink or drugs” which carries similar penalties to those of drink driving.

The legislation proved problematic however due to the standard of proof required of the prosecution. Not only did the Prosecution have to prove that the motorist was impaired (usually by way of roadside impairment tests) they also had to prove that said impairment was a direct result of drink or drugs. It was often the latter requirement that proved difficult as sometimes the Prosecution could not draw a direct link between the impairment and a substance (whether it be alcohol or a drug).

Further confusion was caused as a result of there being no set limits for the amount of drugs a motorist could have in their system in order to be guilty of an offence so the test was dependent upon the “impairment” aspect which was subjective, ambiguous and vague.

Recognising the problems with the legislation, a new offence of “drug driving” came into force on 02 March 2015 and to many, it was a surprise that this had not been an official offence until then.

Investigations into Drug Driving now mirror the approach utilised for alcohol related cases in that an officer can require a motorist to provide a roadside sample (breath in alcohol cases and saliva with drug cases via a “drugalyser”) before making an arrest and taking the suspect into custody. Once at the police station, a requirement for blood is made to test for the presence of drugs.

The new legislation now makes it illegal to drive if EITHER:

“Legal drugs” are defined as those obtained as part of a prescription or bought over-the-counter. Whilst these are legal, you can still commit an offence by driving if they cause impairment. We would strongly advise you all to check the guidance notes and refer to your GP/Pharmacist if necessary to check whether medication you take can result in impairment. You need to ensure that you are aware of any ill-effects the prescription may cause before you decide to drive as ignorance of the potential side effects would not amount to a defence and you might also struggle to convince the court of “special reasons” .

A list of “Illegal drugs” was compiled during the consultation relating to this offence and the law imposes an almost zero tolerance approach to those in this category.

When Suspected of Drug Driving

As explained briefly above, the police can stop a motorist and require you to do a ‘field impairment assessment’ if they think you have taken drugs or are in any way impaired. This is a series of impairments tests that have been in operation for many years as part of the “driving whilst unfit” legislation and include tasks such as walking in a straight line.

Police now have the option of using a roadside “drugalyser” that screens for cannabis and cocaine by way of a saliva test. It is worth noting that even if the drugalyser result is clear the officer can still arrest you if he believes you are impaired as he would still have grounds to require a sample at the police station to test for a wider range of drugs.

If the analysis of your sample confirms the presence of drugs then you may be charged. If the drug is a prescription drug then you will only be charged if there is evidence of impairment. If the drug is illegal, then it is irrelevant whether you were impaired or not and you will be charged purely for the fact you were driving with an illegal substance in your system.

Types of Drugs and their Respective Limits

Medical experts were consulted whilst drafting the new legislation to help set the legal limits that would constitute an offence if exceeded.  The consensus was that none of the drugs should have a zero limit as drugs taken for some medical conditions can be absorbed into the body to produce trace effects of other drugs.

The drugs are broken down into illegal drugs and those used for medicinal purposes.

You can drive after taking legal drugs if:

You could be prosecuted if you drive with certain levels of these drugs in your body and you haven’t been prescribed them.

The limits for illegal drugs have intentionally been set low in accordance with a zero-tolerance approach whilst still being able to rule out accidental exposure. For legally prescribed drugs, as long as you were taking them  in accordance with the directions or guidance from a healthcare professional you may have a defence.

At present there is insufficient reliable data available from the Department for Transport upon which the Sentencing Council can devise a full guideline. As a substitute in the interim period, the Sentencing Council has devised guidance courts sentencing offenders. It is important to note that this guidance does not carry the same authority as a sentencing guideline, and courts are not obliged to follow it. However, it is hoped that the majority of courts will find it useful in assisting them to deal with these cases.

The Sentencing Council will, in due course produce a guideline with the assistance of evidence and data gathered by the Department for Transport.

Offences involving Driving or Attempting to Drive
Sentencing would be dealt with in the Magistrates’ Court as opposed to the Crown Court and the guidance says that they must disqualify from driving for at least 12 months.

In more serious cases the court can impose a maximum of 6 months imprisonment and/or an unlimited fine.

If it is your second offence within 10 years then the court must disqualify you for a minimum of 3 years.

If you have been banned on two or more occasions for periods of 56 days or over then you will face a minimum of 2 years disqualification.

As a guide, where an offence of driving or attempting to drive has been committed and there are no factors that increase seriousness (i.e no passengers or other aggravating factors) the Court should consider a starting point of a Band C fine, and a disqualification in the region of 12 – 22 months.

The custody threshold is likely to be crossed where there is evidence of one or more factors that increase seriousness and one or more aggravating factors (see below). The Court should also consider imposing a disqualification in the region of 29 – 36 months.

Having determined a starting point, the Court should consider additional factors that may make the offence more or less serious.

3 Factors that increase seriousness (this is an exhaustive list)

The penalties imposed for those found guilty of drug driving are very similar to those of drink driving and failing to provide a specimen. 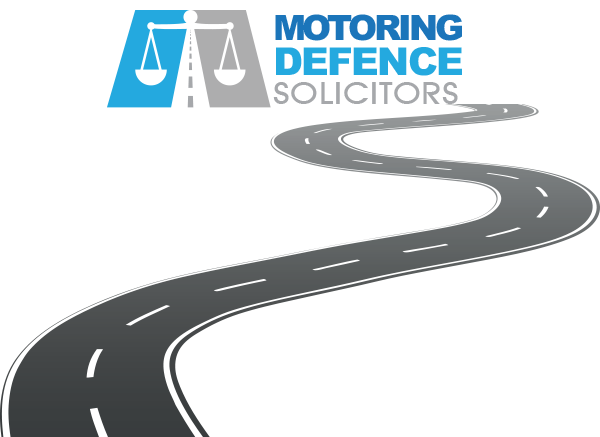